In Haiti, the LCI Education Foundation is pursuing its mission to support children’s literacy and education in all its forms by helping set up a summer camp for children.

The LCI Education Foundation donated $5,000 to help fund a summer camp for children in Haiti, where they will be able to learn while simultaneously having fun. This donation will enable the camp to be set up and ensure its longevity and includes the purchase of games and school supplies.

On June 30, Guerlaine Guerrier, director of LaSalle College Montréal’s LaSalle des Petits daycare center, made the final preparations for her trip and took off for Mont-Organisé, a small town an eight-hour drive north of Port-au-Prince in Haiti. She knew that in this small Caribbean community of 19,000 people, there is currently no electricity, no running water, no modern infrastructure, and especially no opportunities for recreation and play for the children in the village. 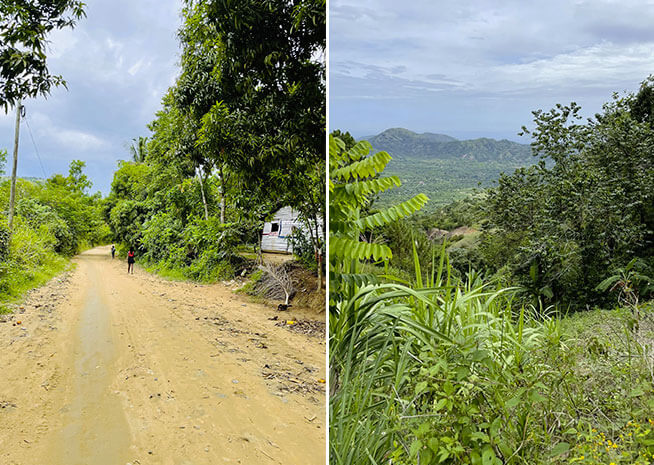 A breathtaking landscape awaited Guerlaine when she arrived in Mont-Organisé.

Guerlaine is an extremely generous woman and focuses all her attention on the well-being of children. She set herself the mission of lifting the spirits of these children by setting up the Kan d’été, which is aimed at 4 to 12-year-olds. In the months leading up to her trip, she was in contact with the school principal in Mont-Organisé to plan everything for her three-week stay, during which she would bring the Kan (which means “camp” in Creole) to life. 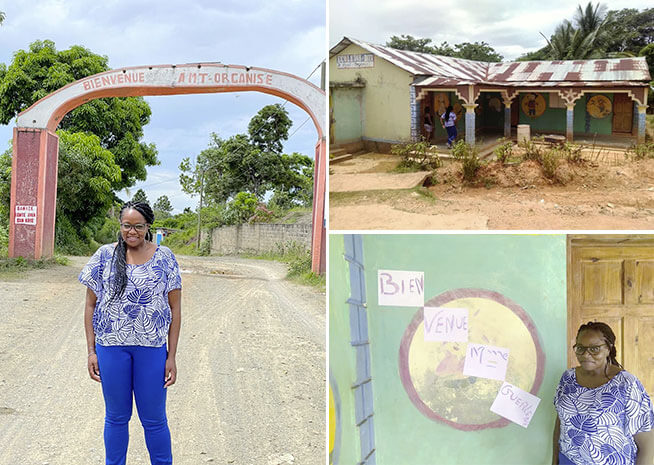 Guerlaine is warmly welcomed by the staff and educators.

At the end of her stay, Guerlaine hopes to have shown these children, and the adults responsible, how to learn while having fun. With her extensive experience in Early Childhood Education, the daycare director knows that any object can become a toy and a learning tool. She wants to show these children the benefits of art, science, sport and, of course, play. She also wants to empower them by showing them how to cook, for example, alongside the camp cook. 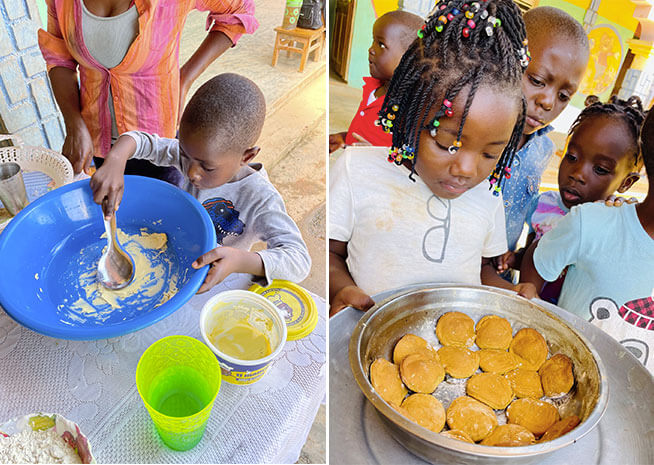 A project made possible by the LCI Education Foundation

This project was made possible with help from the LCI Education Foundation, which generously donated $5,000 to the project. This sum will go entirely to the camp and the inhabitants of Mont-Organisé. The donation will be used to pay the salaries of the staff, including the counselors and the cook, and to buy food, games, sports equipment, and school supplies for the 50 children at the camp.

Vehicles don’t enter the village, so the staff and children help Guerlaine carry the equipment.

The donation will also ensure the longevity of the camp for years to come. The equipment purchased can also be reused at school, whether it be pencils and paper, puzzles, jump ropes, art supplies, balls, and much more. 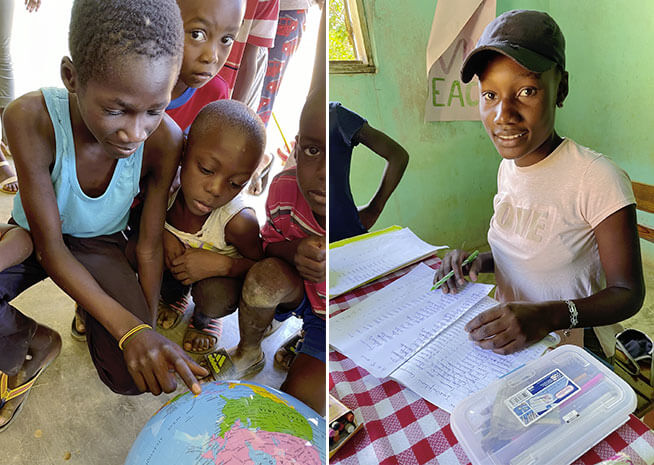 There are no computers in Mont-Organisé, everything is done by hand, so school supplies are more than welcome!

The main objective of Guerlaine Guerrier’s project is to set up the Kan d’été and to share her skills with the community, but more importantly, to ensure this project is renewed each year.

The LCI Education Foundation’s mission is to promote student retention. It is committed to working for child literacy in all its forms, particularly in developing countries. It is thanks to donations from LCI Education that projects like this one, and many others, can be realized.